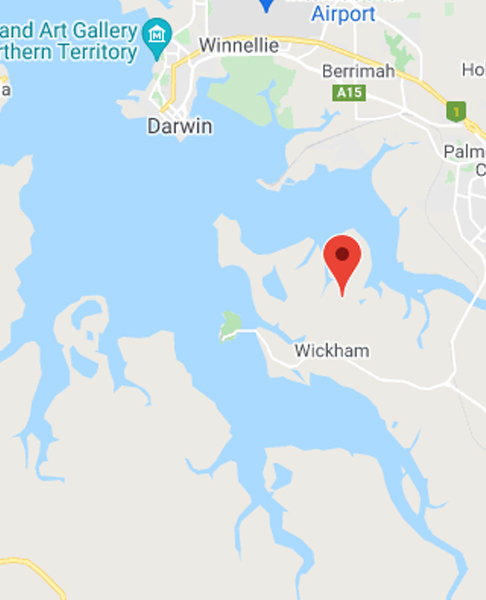 In late 2019, Darwin based Cell Engineering, enquired with B&R Enclosures Pty Ltd (B&R) about assisting with the replacement of hazardous area electrical enclosures in the form of local control stations (LCS) and junction boxes on the INPEX site at Ichthys LNG on-shore processing facility, located in Darwin in the Northern Territory of Australia.

Prior to the site being commissioned in early 2018, another supplier had installed LCS’s and junction boxes at the site during the plant construction phase. However, after only 18 months, the non-B&R LCS’s and junction boxes needed to be replaced as they were found to be no longer protecting the equipment inside and leaking water, due to their lack of application suitability.

The ultimate challenge for this job was to design high quality hazardous area electrical enclosures that fit the exact dimensions of the existing models so the new local control stations and junction boxes manufactured and supplied by B&R could be installed seamlessly into the existing positions.

Because B&R has a hazardous testing factory in Sydney, it was able to offer a solution for the direct replacement of the existing 500 competitor units. The competitor units needed replacing at the Ichthys LNG processing facility as they were not suitable for the application and as such had begun leaking and filling up with water.

Cell Engineering and B&R liaised over 6 – 8 weeks to determine a final design for the LCS and junction boxes which would directly replace and fit the existing area, meaning there was very little work for the installer to do onsite. This is what B&R call a ‘plug and play’ solution.

A sample was sent through at the beginning of 2020, and within two weeks it was approved, with the order for 500 units placed. While previous enclosures were made with incorrect regard to the environmental conditions, B&R’s design catered specifically to the plant environment, with stainless steel material to protect against corrosion and IP66 certification to protect against the ingress of foreign objects and liquids (such as water from tropical storms and facility wash downs), maintaining integrity and mitigating the risk of failure.

Procurement began in March 2020, with the first 50 units being delivered in May 2020, the second 50 at the beginning of June and the remaining units by the end of June.

The client was thrilled with B&R’s problem solving and efficient work. The collaboration on the design meant the B&R hazardous area electrical enclosures were able to be installed within a short period of time meaning less down time for the facility. This was due to the ‘plug and play’ nature of the solution and the size being an exact match of the previous ill-fitting enclosures.

We completed the wiring of the changeover switches and push button integration on all junction boxes and control stations (in-line with our hazardous area certifications), enabling the installer to seamlessly replace the faulty enclosure with B&R’s unit and making it operational with minimal change-over time to maintain a fully functioning facility throughout.

From previous work during the construction phase and word of mouth, B&R was able to win this new work through referrals and complete it to the customers’ requirements while ensuring this solution is fit for the application.

Ichthys LNG is currently the biggest offshore oil and gas project in Australia, valued at around $36 billion and B&R continues to play a significant role in the project.

Since the initial order completed in 2020, over 200 more non-B&R LCS’s and junction boxes have been identified to be replaced due to leaking water because they are not fit-for-purpose. B&R has continued to be awarded with the orders to replace the faulty enclosures.

Prior to commencing this project, B&R had previously worked on the Ichthys LNG processing facility when it was being built.

For this first project, Ichthys’ owner and operator, INPEX Japan initially didn’t have B&R on its approved vendor list, so a lot of legwork was required to ensure B&R secured the work.

However, to get to this point the company needed to register its interest in the job through the ICN gateway – which is an online project database assisting with matching suppliers with relevant work – so the EPCs became aware of B&R’s interest in the work.

Next, B&R set to task in researching contractors and subcontractors’ relationships that could be secured if the company was to win the job.

The team began contacting major international EPCs, such as DSME, SHI and JKC, which have tens of thousands of employees and operate in South Korea and Japan. This was a challenge in itself, as it was difficult to make contact with the right people within these organisations to talk about project work and supply chains.

After building strong business relationships, B&R managed to get these major EPCs interested in its junction boxes, lighting fixtures, and local control stations. Normally these organisations would work with major suppliers such as ABB and Siemens, but B&R succeeded in getting its foot in the door and its voice heard through its perseverance.

B&R discovered JKC had decided to build the LNG plant through a modular concept and given subcontracts to module builders in Thailand (STPI and CUEL), Philippines (AG&P), and China (CEOOC). B&R discovered the China subcontractors were to supply structural and piping modules with very little electrical scope. This meant B&R focussed on the subcontractors in Thailand and the Philippines who had electrical and instrumentation in their module’s scopes.

With this knowledge, B&R pitched to these module builders and EPCs with ideas for how it could help and convinced them of its skill and capabilities. The company still had a long way to go to secure the work with limited supply references initially.

B&R persevered by following up with all of the EPC’s, made several technical presentations, completed all submissions required, manufactured and supplied samples as needed and were rewarded by being added to the approved vendor lists of each of these subcontractors. This led to the first official order coming via CUEL.

The main strategy B&R uses throughout its projects is to build on its business relationships so that it can win over major corporations and expand on its growth.

For example, in past jobs it has established strong relationships with companies such as AG&P Philippines, supporting the business with strong technical support such as drawings, specifications and design.

Through this relationship, B&R was able to put its small power and lighting DBs as well as junction boxes into the modules, through a package which required vendor approval from JKC.

B&R’s relationship with AG&P greatly assisted in getting approved as a trusted vendor with JKC.

AG&P’s first order with B&R started at US$30,000, but eventually B&R delivered more than $2 million worth of equipment as AG&P’s scope grew.

B&R’s competitor – a very established company in the market sector – was taken aback by B&R’s aggressive approach and its success.

Due to a referral from JKC, B&R received further opportunities with USA subcontractor CH2-MHil to work on units within a power station located at the Ichthys LNG plant. B&R secured an order valued at more than USD $300,000 for stainless steel junction boxes under this contract.

Additional work was also done by B&R during this time to get our Glass Reinforced Polymer (GRP) products certified. The products underwent official testing and documents were submitted for B&R to obtain certification successfully.

Once the GRP products had the certification they were added to the list of B&R’s approved products which already contained stainless steel junction boxes, control stations and distribution boards.