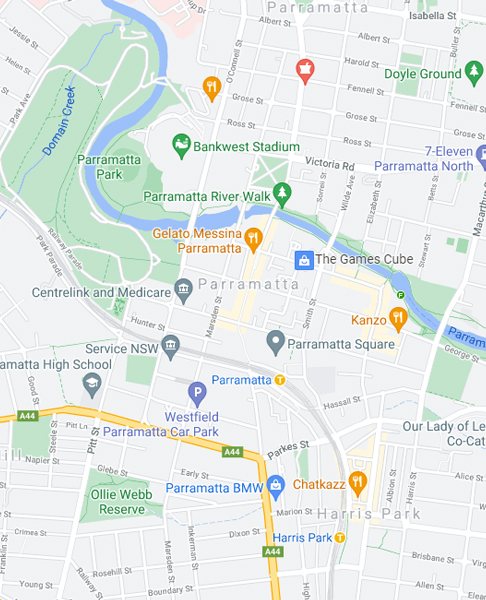 Metering distribution boards distribute power from a supply authority pillar to a service protection device. Electricity current is fed through the meter and down to the distribution section of the board, ensuring power supply remains safe.

Electrical and telecommunications services company, Eleserve, won the Parramatta Light Rail contract to supply the underground power networks for Stage 1 initially, and contracted B&R to carry out the work. Later, Eleserve was appointed the supplier for Stage 3, and engaged B&R to continue to work on the project.

As one of Eleserve’s preferred suppliers, B&R was chosen in 2021 to provide four metering distribution boards for the underground works within Stage 1 of the project.

B&R was tasked with designing the boards based on specifications from Parramatta Light Rail (PLR) and Parramatta City Council.

This work led to B&R designing a further 19 boards for Stage 3 of the project. PLR decided, due to the quantity of boards in Stage 3, to break this work into smaller subsections of 4 boards at a time for an easier installation process. These boards are scheduled to commence the installation process in August 2021.

For Stage 1, Eleserve sent the designs to PLR for approval, which were reviewed by PLR’s engineer and signed off by PLR and the Parramatta City Council. The reviewed and approved designs were returned to Eleserve to supply to B&R ready for manufacture, with the entire end-to-end process taking around four weeks to complete.

All B&R’s design work was completed in-house based on the specifications provided. The electrical integration production manager coordinated the electrical components and manufactured metalware to be delivered to the Sydney-based integration team where they could work swiftly to complete assembly by the required deadline.

The turnaround time for B&R’s work – from design to manufacture – was eight weeks once the company received approval from PLR.

The design, coupled with B&R’s high quality materials, complied with Parramatta City Council’s specifications to ensure all its boards across the City remained consistent.

The metering distribution boards were created using the unique and versatile Monarch IP enclosure system, which is IP66 rated for use in outdoor environments.

The enclosure system was manufactured from 316 stainless steel with an orbital sanded finish. This was the finish requested by PLR, a style which takes the shine off the stainless steel and features a swirling pattern.

Due to the high quality delivery of Stage 1 of the project, Parramatta Light Rail was impressed with B&R and engaged the team for further work on Stage 3 of the project.

B&R’s use of the Monarch IP system to meet Parramatta City Council’s specifications interested nearby Fairfield City Council (FCC) who engaged B&R to provide a similar metering distribution board. This design will incorporate powder-coated mild steel, rather than a stainless steel orbital finish, in line with the look of FCC’s existing boards.

Major construction on the $2.4 billion Parramatta Light Rail began in 2019 and once complete, will include road network upgrades, new bridges and active transport links.

It is anticipated the light rail will open in 2023 and run a service every 7.5 minutes during peak hour, connecting Westmead to Carlingford via the Parramatta CBD and Camellia.